Hereditary Diseases: What and when to get tested 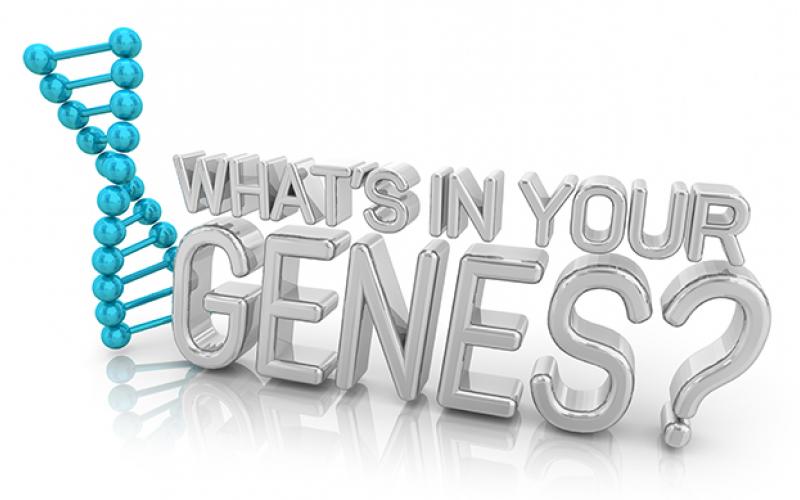 Hereditary diseases are those that get passed on from one generation to another in a family. They are not the same as genetic diseases though the two terms are used interchangeably in common parlance. Both are caused by genetic mutations but genetic diseases may or not be passed on. Only a blood test can reveal the secrets of the genes we may be carrying.

Let us look at seven of the most common hereditary diseases in detail. Medical advancement has made it possible for us to learn more about diseases and identify them in the prenatal stage. This can help us to prevent these in the next generation for a healthier tomorrow.

Sickle Cell Anaemia is a hereditary disorder that affects disc-shaped red blood cells causing them to change shape into a crescent or sickle. These cells split easily causing a shortage of healthy red blood cells and block the blood flow. Symptoms include pain in the hands and feet, fatigue, irritability, jaundice, infection and even bedwetting. The Sickle cells survive for only 10-20 days instead of the normal span of 120 days. This causes permanent damage to the cerebellum, heart, lungs, kidneys and other body organs.

Sickle cell tests are normally prescribed soon after birth to screen newborns for sickle cell anaemia. In case someone was born before the newborn screening was legalized, tests can be conducted to confirm if they belong to the high-risk group.

Cystic Fibrosis is a hereditary life-threatening genetic disorder of the mucus and sweat glands that results in sustained lung infections and limits the ability to breathe over time.

The mucus can cause malabsorption of food by obstructing the pancreatic tissue. Obstruction of bile ducts can lead to liver cirrhosis. Thick secretion in the intestine can cause faeces to thicken or cause constipation. Those who have this disorder have obtained two copies of the defective gene, one from each parent which leads to a 25% chance of getting the disease.The symptoms of Cystic Fibrosis include breathing issues, chronic lung infections, digestive and reproductive issues. Those who inherit only one copy of the gene will become carriers.

The test for Cystic Fibrosis is done by screening newborns. If the baby has a positive newborn screening, a sweat test is done to confirm the diagnosis.

Tay- Sachs is an extremely rare hereditary disorder that impacts the nervous system. The nerve cells deteriorate progressively and the mental and physical abilities get impaired when the baby is around six months old. The child gets affected if he/she gets two copies of the gene, one from each parent. Symptoms are visible in the 12-24th weeks of pregnancy. It is incurable and includes blindness, deafness, seizures, a decrease in muscle tone and paralysis. If the child gets only one copy, the child will not be afflicted but will become a carrier and may pass it on to the next generation.

Though the progress of the disease cannot be prevented, genetic testing to confirm if the baby is affected can be done at the prenatal stage. Diagnosis of Tay-Sachs is possible in the first trimester of pregnancy either amniocentesis or through blood tests.

Haemophilia A or factor VIII deficiency is a hereditary disorder caused by the absence of defective factor VIII also known as clotting protein. Around 30% of cases are caused by spontaneous mutation though it is carried in the genes. Those who have this disease bleed longer than others. Bleeding can be internal in joints and muscles or external from minor cuts, trauma or dental procedures.

Haemophilia is most common among males. This gene is located in the X chromosome that determines gender. Since males have X and Y chromosomes, they inherit one copy of the gene from their mother if she is a carrier. This increases their chance of inheriting Haemophilia. Females have two X chromosomes and one usually has a normal copy of the gene. Those who have the mutated gene are carriers but are not affected by the disease.

If a person’s bleeding doesn’t stop for some reason, the doctor will enquire about any family history related to bleeding. This will reveal if someone in the family has a history of bleeding problems. The doctor will conduct a physical examination of the joints. This will be followed by special blood tests to diagnose Haemophilia.

Down Syndrome is also known as Trisomy Syndrome. It is a chromosomal disorder caused by abnormal cell division resulting in an additional copy of chromosome 21.

Those afflicted with Down Syndrome have a distinct facial appearance, intellectual disability, developmental delays and may have thyroid or heart disease as well. It may include slurred speech, hearing and visual impairment too.

A prenatal screening which is a blood test with ultrasound can be conducted as early as 11 weeks of pregnancy to check if the baby has Down Syndrome, Trisomy 18 or any structural abnormality. However, the screening only predicts a probability and not a confirmation.

Spinal Muscular Atrophy robs an individual of his physical strength by affecting the nerve cells in the spinal cord. This leads to difficulty in walking, eating and even breathing. One in every 50 live births is a carrier of this gene.

Thalassemia is a blood related hereditary disorder that hinders the body’s ability to make the right quantity of haemoglobin which helps carry oxygen throughout the body. A person suffering from thalassemia is extremely anaemic having pale skin, fatigue, risk of developing abnormal blood clots etc.

Did you know, there are two types of Thalassemia- Alpha and Beta of which the second one is major and called Cooley’s Anemia. Those affected by this strain display symptoms at two years of age. This could include pale skin, irritability, poor appetite and very slow growth. Treatment would include regular blood transfusions.

One strain of Alpha Thalassemia is extremely dangerous and can cause death before or soon after birth. Even the mother who carried the infected foetus suffers serious complications during pregnancy and delivery.

Thalassemia can only be diagnosed through special blood tests. If the baby is less than one year old, the test may need to be repeated after one year. If the patient has already received a blood transfusion, the test results will be invalid and the doctors may recommend blood tests of parents to confirm the diagnosis.

It is important to go for a regular health check-up and get the blood work done to rule out any major issues. If you are a couple planning for a baby, it makes immense sense for both of you to get your blood tests done to check if you are carrying any genes that may cause birth defects or impact your baby. Being forewarned is being forearmed. It is best to stay informed about the state of our health and what we could potentially be passing on to our children.