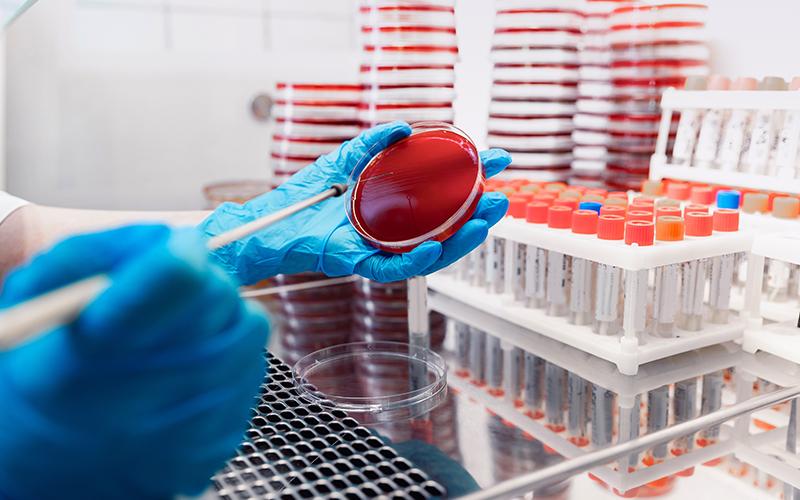 The Procedure of the Blood Culture Test

The procedure for a culture blood test starts with sample collection. Usually, two blood samples are collected from the patient’s veins. Blood samples are gathered from different veins of the patient to detect microbes easily. By collecting multiple samples, lab technicians increase the likelihood of finding microbes in the bloodstream. With the help of multiple samples, lab technicians can differentiate between true pathogens. Sometimes, a phlebotomist might need to collect more than two samples for a blood culture test. It’s because true pathogens might be present in more than one blood culture in the body. Sometimes microbes are present in small quantities, and it may take many days to grow them in lab conditions. For the same reason, a blood culture test might take many days to produce a detailed report.

After the phlebotomist collects the samples, it is placed in different culture bottles. These culture bottles are infused with broth, a liquid medium that helps microbes to grow. The liquid medium is infused with nutrients to augment the growth of microbes. For children, a phlebotomist can collect only a single sample for a culture test. When children and infants suffer from a blood infection, it spreads throughout the bloodstream quickly. When the infection spreads throughout the bloodstream, it is easier to detect microbes with a culture test. Also, the blood sample for a blood culture test is larger for adults and smaller for children.

After placing the blood samples in culture bottles, lab technicians wait for the microbes to grow. The bacteria or fungi must grow in sufficient numbers to be recognised by the machine. Blood culture readings are produced by a diagnostics machine. Once the bacteria or fungi grow in adequate numbers, the readings are developed in a couple of days. When microbes are present in small quantities, they might take several days to mature. Also, some microbes can be hard to detect, and a blood culture test might take several days.

Results After a Blood Culture Test

Aftercare for a Blood Culture Test

When to Get a Blood Culture Test?

Cost of a Blood Culture Test